Black Friday 2020 which is scheduled for November 27 draws nearer each day. While some retailers have started putting up early promotions to attract customers, there is an expectation that numerous shoppers will be looking to get the best deals on different entertainment options in this year’s Black Friday with many looking to enjoy a memorable and fun-filled holiday with their families and loved ones especially after what can be described as a very challenging year. Streaming platforms such as; Disney plus are currently put up as one of the best deals and you can get a Disney Plus login for as low as $6.99 a month or $69.99 a year. 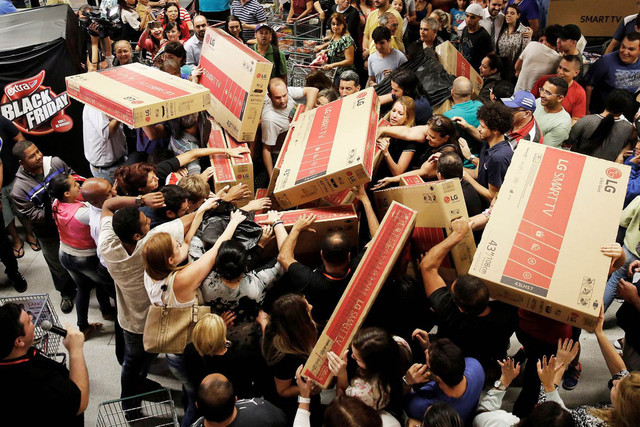 Movies, games, music and books are all entertainment options which can be quite costly. However, retailers armed with the knowledge that Black Friday enables shoppers to buy things they otherwise couldn’t buy would be looking to provide some of the best deals during Black Friday 2020. Online Reviews suggest it is easiest for shoppers to shop for entertainment promos during the week for the upcoming weekend.

Black Friday offers you the opportunity to find new entertainments with numerous blockbuster deals being offered by different stores.

Apple regularly offers books for as low as $3.99 and digital movie rentals for $0.99. If you are on the lookout for the best deals on streaming services, you can get value for your money on streaming platforms like; Netflix, Amazon Prime and Disney Plus.

While Netflix offers subscription fees ranging from $9 for basic to $16 per month for Premium, the Disney+ bundle is $3 cheaper than Netflix Premium and this comes with add-ons so that you can watch some of your favorite TV channels such as ESPN, HBO, and Hulu. Although Disney Plus started just last year, they are offering an incredible package at an affordable price. Last year, Hulu offered 99 cents per month, $12 for the first year which gives you an $84 savings and we can look forward to more jaw-dropping deals during the holiday shopping. Amazon Prime also offered a massive streaming deal with many of their premier selected channels at a 50 percent discount for three months. For example, CBS All Access, was available for $4.99 per month. Currently, fuboTV is offering $10 off your first month of a full subscription. That means your $54.99 per month fee is only $44.99. The savings go into effect after the free 7-day trial ends.

Black Friday also marks some of the best gaming deals of the year for gamers with offers on the Nintendo Switch, PS4, Xbox One, and every console-plus gaming bundle. This year might even feature an avalanche of brilliant deals on PS5. The most important thing is figuring out where and when to find the best deals. With countries like England imposing new lockdowns and the Christmas season approaching each time more, you should consider shopping for the best deals on games to expand your gaming arsenal and ensure that you have a fun-filled holiday period. Gaming deals also sell-out quite fast. You’ll need to be fast to land the best deals.

Console and video game deals are most sort for throughout Black Friday with their prices varying across different stores. It is advisable to check out for online reviews on some of these deals to get objective opinions from previous purchasers. Also, with the recent arrival of the PS5, it is expected that the price of PS4 bundles will go down further during Black Friday.

Books provide some of the best forms of entertainment for a lot of people, with world-class writers in genres such as; fiction, non-fiction, romance, thriller, magic, and a lot more making book-lovers bury their heads in books from morning till dawn.

While most people focus on landing deals on gadgets like; Smart TVs, laptops, Airpods, and more during the holiday shopping, Black Friday presents some of the best deals ever on your favorite books. In years past, we have seen brands like Amazon offer $10 off any book order of $25 while Barnes and Noble also offered incredible book discounts and an opportunity to sign books from tons of popular authors.  Amazon also regularly offer Black Friday deals on Amazon Kindle books

Conclusively, if you are looking to get the best deals on movies, games, music, and books, Black Friday is the best time to save up on some of your favorite entertainment options as retailers around the world would be providing massive discounts on books games and a lot more so ensure you don’t miss out on these deals.